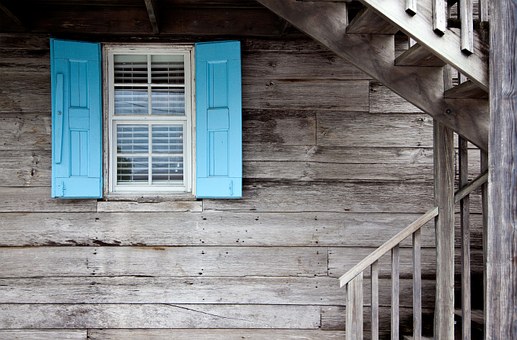 People tend to gravitate towards new, yet when it comes to homes, there is something truly special about dwelling in a house that has a history. This “old home” doesn’t have to be a focal point of dramatic events. Your attraction to it can simply be a matter of architectural preference – the traditional Victorian-Gothic, Queenslander architecture around Brisbane. However, purchasing old homes always comes with a number of issues that may end up costing you more than you’ve bargained for. If you want to avoid excessive financial expenditure on renovations, here’s what to look out for when you purchase an old home as your home or for a short term rental.

Lead is one of the most prevalent problems

Brisbane – and especially its surrounding suburbs – are positively brimming with wondrous old estates for sales. In some cases, the price range for such edifices can be quite steep, but certain price tags can actually catch you by surprise due to how low they are. The reason for this is quite simple – there is almost certainly a catch about the house, possibly several structural flaws that need to be corrected by the new owner.

One of such prevalent problems is lead paint. Federal law mandates that all traces of lead paint are removed from the household, which is an especially pressing matter if a child is to live in the house. Houses built before the eighties were almost certainly covered in lead paint as it was common practice to use it. You will certainly know that your potential new-old home is covered in such paint as a retailer or renter is obliged to disclose this information.

Repair roof as a whole

Roof damage can be quite hard to notice – until it is too late. Structural damage to shingles and tiles combined with rotting of the wooden support can lead to fissures or downright heinous holes that can be nigh impossible to perceive from the ground perspective. Roofing issues usually rear their ugly head as a nasty surprise after a downpour. While “patchwork” repairs may yield temporary results that require constant updates, it is much more reasonable to look into affordable roof restoration in Brisbane that will approach it from a holistic perspective. A total replacement of roofing may actually end up costing you less in the long run.

Asbestos has been used quite ubiquitously in Australia until the very beginning on the nineties (and in some cases, even after – illegally) as a building material. Chronic exposure to airborne asbestos particles can lead to a really deadly form of cancer. The reason it was used is that it is an incredible heat and sound isolator, fire retardant and cheap to produce. If it is built into the walls of the house and if the asbestos panels are well preserved and isolated, it is actually best to leave it alone. If you want to remove it completely, it is a seriously expensive business that will take a lot of time and professional involvement, so this should only be considered if you are absolutely in love with the house.

In coastal Australian cities such as Sydney, Brisbane and Melbourne, utility bills can get quite steep. Now imagine having to pay a small fortune in monthly bills after the first thirty days in your new home due to plumbing and electrical issues. Check if the house still has knob and tube wiring and ask to see a bill or a certificate that proves the entire electrical grid was maintained as recently as possible. The same checkup goes for the plumbing network that runs through the home. In addition, do not purchase an old house that is still connected to its own dug-out well as a water source. The risk of contaminants is simply too high.

Old homes have texture and some hard-to-define form of spiritual gravity. Living in one can prove to be a truly unique and enriching experience, but you have to stay vigilant while browsing. While old homes are quite often more affordable than brand-new homes of the same size, you need to truly delve into research why is it so. You need to know exactly what you’re putting your money into as a number of well-concealed structural issues may spring up as soon as you get tucked in.